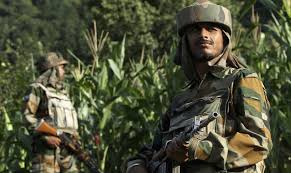 After the first India-Pakistan War in 1947, in which the British Indian Raj was divided into Hindu and Muslim-dominated states, India ended up with two-thirds of the formerly independent mountain state of Kashmir, and the new state of Pakistan with a scrubby, poor third known as Azad Kashmir.

Rebellion and attempts at secession have flared ever since in Indian-ruled Kashmir which has a restive Muslim majority, and minorities of Sikhs and Hindus. In fact, the Kashmir conflict is now the world's oldest major crisis. The UN's calls for a plebiscite to determine Kashmir's future have been ignored by India.

A week ago, Kashmiri militants attacked an Indian Army brigade base at Uri that sits near the 1948-49 cease-fire line known as the Line Of Control (LOC). Seventeen Indian regular soldiers died along with four militants. New Delhi rushed 10,000 soldiers to Kashmir, boosting Indian military strength in the mountain state to over 500,000 men.