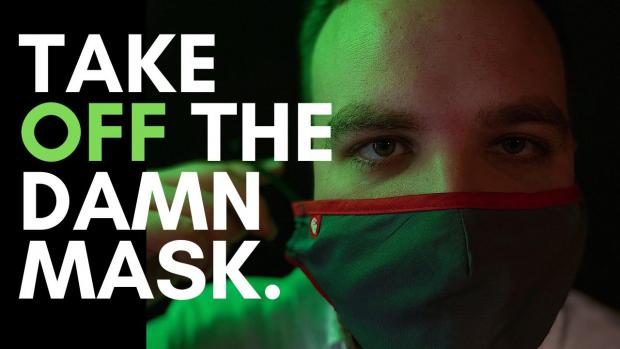 I was a recent guest on the Tom Woods Show speaking about the importance of not wearing a face mask.

The appearance garnered this feedback:

"The day before the mandatory mask order went into effect for my state, I told my boss I was not going to wear one and I would understand if they had to let me go. He had a shocked look on his face and said he would get back with me. He talked with upper management and told me to just keep coming to work as normal for the time being. That was months ago and now we only have ONE person in the whole office (100ish people) that even bothers to wear one now. You think any of them would have stood up in the same situation? Probably not, but I took the risk because my rights and the direction this is going, I see as a far bigger threat than the possibility of me losing my job.

"Americans have become fearful and soft. We have gone from 'I do this FOR my children' to 'I can't do anything because I have children.' Freedom has a cost, we used to understand this."

Life is too short to do otherwise than to be in the presence of the best as much as possible.

This is OUT of CONTROL!

The Truth About 'Vaccine Passports'

Budweiser wants you to get vaccinated (sorry, no free beer)