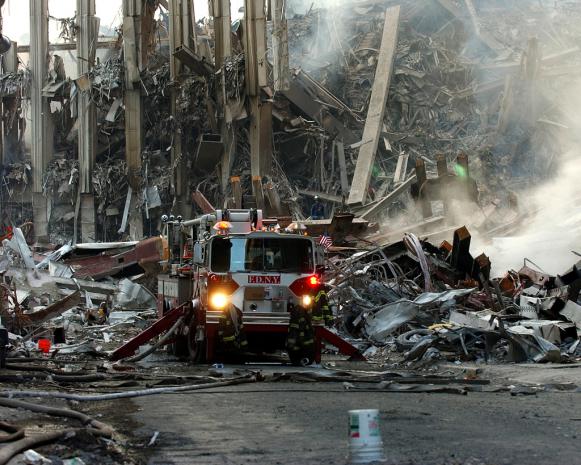 One thing comes to mind, right off the bat, and that is the fact that strong evidence exists suggesting that up to three thermonuclear devices were detonated at the World Trade Center site on 9/11, hence the nickname "Ground Zero."

I mean, what better way than to dupe the people yet once again by slowly conditioning them, over an extended period of time, to accept the fact that criminal factions of their very own government orchestrated the Pearl Harbor-like attack onto skyscrapers, buildings, in an American city.

That's right, when the not so secret 28 pages are actually released, in a few months, they will likely show Saudi involvement and government foreknowledge, like we already knew.

So tell us something we didn't know; like the fact that a Lawrence Livermore National Laboratory, Department of Energy, study found high trace levelsof tritium inside the WTC complex after the attack.