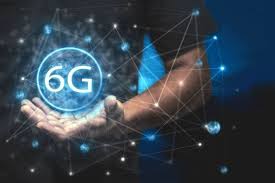 "You will have the unique and rewarding opportunity to craft next generation wireless technology that will have deep impact on future Apple products," states the job posting. "In this role you will be at the center of a cutting-edge research group responsible for creating next generation disruptive radio access technologies over the next decade."

According to the posting, those hired for the position will both "research and design next generation (6G)" as well as participate in industry forums that are "passionate about 6G technology."

The job listing looks to be another sign of Apple's push to develop more of its technology in-house.

For most of its history, the company has relied on equipment and technology from outside vendors. For instance, it relied on Intel for CPUs for the Mac line desktop and laptop computers.

But Apple has also developed its own technology. The company has designed the main processors for the iPhone and iPad. Last year, it expanded those efforts to the Mac, abandoning Intel's Core chips in favor of its in-house developed M1, which is based on the ARM architecture it also uses for its mobile products.