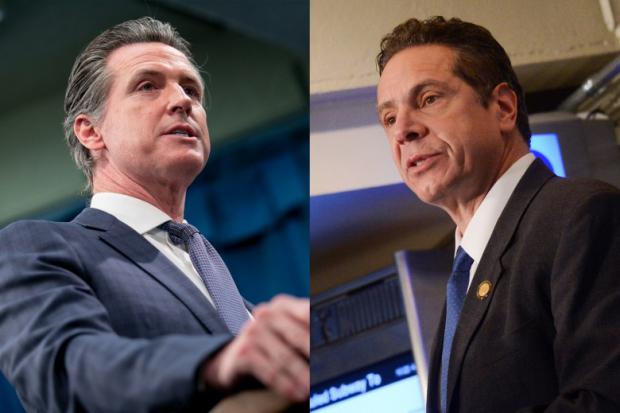 The governors of the first and fourth most populated states in America are facing serious threats to their political careers.

Both at one time saw themselves as potential future presidential contenders, that likelihood is all but gone. These two may be retired to farms where it is unlikely cows will even listen to them.

The sin they both committed was to use their governmental positions in an authoritarian manner in the face of a virus that is of no significant threat to 99.9% of the population.

Their Mussolini style orders were grand show--for awhile. One won an Emmy for his performance.

Their downfalls are the show now.

His lockdown orders destroyed thousands of businesses, resulted in an unknown number of suicides and left many in a mental depression they may never come out of.

Meanwhile, he partied it up with lobbyists without a mask and ignored his own social distancing orders, at a restaurant, The French Laundry, which, on top of it all, features thousand-dollar menu items.

And on the east coast, New York Governor Andrew Cuomo, the Emmy winner, launched the same style authoritarian orders as Newsom did in California but did one better by ordering nursing homes to take in patients who were infected with COVID-19. The nursing homes wisely did not want to take them in and only did so as a result of Cuomo's order.

The deaths followed and now his top advisers have admitted a cover-up of the number of nursing home deaths.