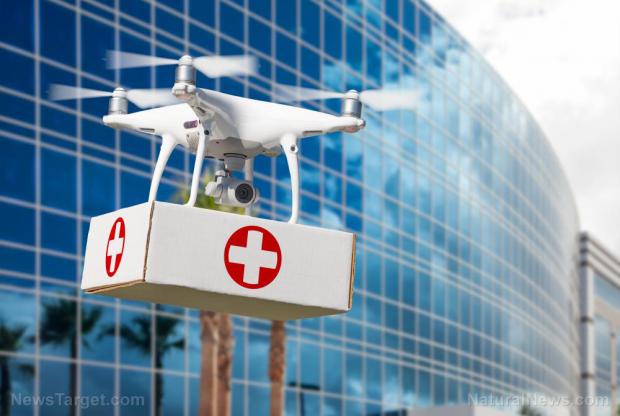 (Natural News) Pharmaceutical giant Merck has partnered with San Francisco-based drone startup Volansi to improve the delivery of vaccines in far-flung areas. The companies are launching a pilot program in rural North Carolina to test if drones can deliver temperature-controlled vaccines from a central production facility to more remote locations.

The pilot is centering on rural areas as of writing, with a particular focus on schools and hospitals; however, future delivery attempts will eventually move into denser urban areas according to Volansi CEO Hannan Parvizian.

"That's how we will be ramping up, starting out with more rural areas and eventually moving into much more densely populated areas," Parvizian remarked.

Central to the pilot is Volansi's latest drone model, the Voly C10. Designed to haul cold-chain medical supplies and vaccines across hospital systems autonomously, the Voly C10 has a 10-pound payload capacity and 50-mile coverage radius per single trip.

Parvizian said the drone's capacity allows transporting not only a significantly sized payload but also storage boxes to keep items at a constant temperature. He added that the drones are capable of hauling around 80 percent of all drugs and medical supplies – including blood donations.

The Swine Flu Vaccination Pandemic of 1976

You Won't Believe What They're Planning To Do With "Vaccines"