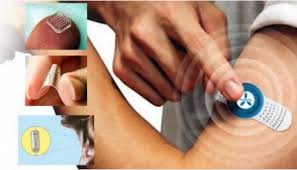 To understand the goals of Operation Warp Speed we must understand Dr. Moncef Slaoui and his connections to Big Pharma and the Gates Foundation.

In mid-May, Donald Trump announced he was appointing Dr. Moncef Slaoui, a former executive with vaccine manufacturer GlaxoSmithKline, to lead Operation Warp Speed, the public-private partnership launched by the Trump administration to rapidly develop and distribute a COVID-19 vaccine. Dr. Slaoui was a Professor of Immunology at the University of Mons, Belgium. Slaoui earned a Ph.D. in Molecular Biology and Immunology from the University Libre de Bruxelles, Belgium and completed postdoctoral studies at Harvard Medical School and Tufts University School of Medicine, Boston.

Following his education, Slaoui joined the pharmaceutical industry, serving on the board of Directors of GlaxoSmithKline between 2006 through 2015. Slaoui served in several senior research & development (R&D) roles with GlaxoSmithKline during his time with the company, including Chairman of Global Vaccines.

More recently, Slaoui sits on the boards of several pharmaceutical companies and biotechnology organizations. In 2016, Slaoui was appointed to the Board of Directors of Moderna Therapeutics, a biotech company that is leading the way for messenger RNA (mRNA) therapeutics and vaccines. Moderna is also developing one of the COVID-19 vaccines which might be administered to the public.

When Slaoui was appointed to head Operation Warp Speed critics noted the conflicts of interest related to him leading the effort to develop a COVID-19 vaccine while holding stock in two of the leading vaccine manufacturers. Slaoui said he would sell his Moderna stock worth a reported $12 million and resign from the board of directors. However, in a recent interview Slaoui said he was keeping around $10 million of stock in his former company, GlaxoSmithKline, calling the shares his "retirement."

ProPublica also reported that although Slaoui "committed to donating any increase in the value of his holdings to the National Institutes of Health", Slaoui's contract with the government specifies that the donation "may occur on the last death of the employee and his or her spouse." Slaoui is currently 61 years old. This means Slaoui will profit off of his shares – and the COVID-19 vaccines – for the rest of his life.