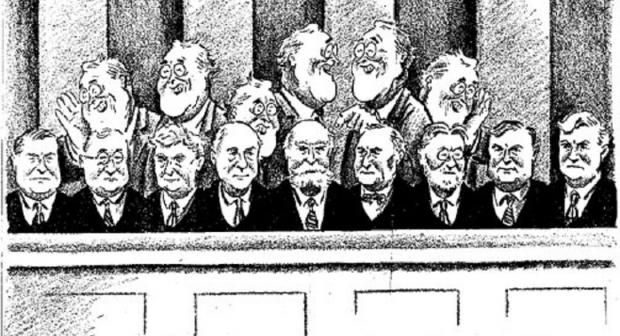 The Democrats feel that Joe Biden, should he win the November 3 election, should name Ginsberg's replacement.

The court-packing law would add additional justices onto the Supreme Court, all of whom would be appointed by Biden, which, obviously, would effectively nullify Barrett's votes as well as the votes of other Republican-appointed members of the Court.

The controversy brings to mind that infamous court-packing scheme of President Franklin Roosevelt, which ironically the mainstream press hardly ever alludes to during the current controversy over Barrett's nomination.

After Roosevelt assumed the presidency in 1933, he began revolutionizing America's economic system. Here was the advent of the modern-day welfare state, whose crown jewel became Social Security, a government program that originated among German socialists in the late 1800s and that was imported into America by the Progressive movement.

The idea of Social Security — and of the welfare state in general — was that the federal government would tax people and then give the money to seniors and others, which was a classic embodiment of the Marxian principle of from each according to his ability, to each according to his need. Through its powers to coercion and compulsion, the state would ensure that everyone in society was "good and caring" through this new system of mandatory charity.

Roosevelt's "New Deal" ran counter to the principle of economic liberty that had guided America for more than 100 years. Economic liberty was a system in which everyone kept everything he earned and decided for himself what to do with it. Charity was 100 percent voluntary.

The Fourth Turning: Why America's "Crisis" May Last Until 2030