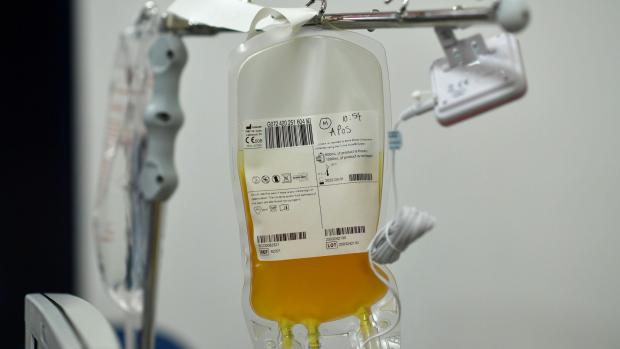 You knew it was coming when Trump scheduled his news conference to announce the FDA's emergency authorization for convalescent plasma as a treatment for Covid-19 at 530pm on Sunday afternoon, half an hour before futures opened, and sure enough shortly after futures levitated to all time highs, hitting a record 3,422 moments ago, with European stocks rallying to a one-week high.

The FDA's decision to use plasma from recovered patients was hailed by President Donald Trump and came a day after he accused it of impeding the rollout of treatments for political reasons. Further aiding market sentiment, was a report that the Trump administration is considering fast-tracking an experimental COVID-19 vaccine being developed by AstraZeneca for use in the United States before election. The news came on the eve of the Republican National Convention in which Trump will be nominated to lead his party for four more years, kicking off the final sprint to Nov. 3 Election Day.

US travel stocks, including American Airlines, United Airlines and Carnival all rose in pre-market trading. Meanwhile, the next phase of coronavirus government aid remained elusive as top Democrats and Republicans continued to blame each other for stalled talks on the legislation.