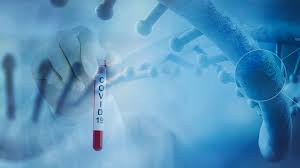 Some people claim that the Covid-19 vaccine will not be rigorously tested. That's a lie.

I worked for a software company once that didn't test its code in a testing environment. They tested their code "in production." That worked until it didn't. Everything fell apart. Customers lost millions. It was the most awful product release I've ever witnessed.

Similarly, the Covid-19 vaccine will be tested in production. Notable examples come to mind when people talk about testing vaccines in production.

As reported in the Journal of The Royal Society of Medicine "In April 1955 more than 200,000 children in five Western and mid-Western USA states received a polio vaccine in which the process of inactivating the live virus proved to be defective. Within days there were reports of paralysis and within a month the first mass vaccination programme against polio had to be abandoned. Subsequent investigations revealed that the vaccine, manufactured by the California-based family firm of Cutter Laboratories, had caused 40,000 cases of polio, leaving 200 children with varying degrees of paralysis and killing 10."

Smithsonian Magazine recalls  the 1955-1970 epidemic of subacute myelo-optic neuropathy (SMON), which mystified and terrorized many, though ultimately proving to be medically induced. While not due to a vaccine, the concern is similar. Examples of "cure as cause," are legion. Johns Hopkins, in a 2016 published study, pointed to medical intervention as the third leading cause of death over an eight year period. At 250,000 deaths per year, medical error surpasses the CDC reported third leading cause of death — respiratory diseases, which claim 150,000 Americans a year. The Johns Hopkins team claimed the CDC does not effectively collect data on medical error.

The 1976 and 2009 stories of untested vaccines offer detailed lessons for our era in their foolhardy similarity.

"This is a story about one time over 40 years ago when poor decision-making on the part of the government led to the unnecessary vaccination of about 45 million citizens," reports Smithsonian Magazine.

There was a novel form of the flu that killed a US solder in February 1976. The flu that was expected that fall was widely reported to be an outbreak unlike anything seen since the 1918 Spanish Flu.

Smithsonian Magazine goes further "To avoid an epidemic, the CDC believed, at least 80 percent of the United States population would need to be vaccinated. When they asked Congress for the money to do it, politicians jumped on the potential good press of saving their constituents from the plague."

"The World Health Organization adopted more of a wait-and-see attitude to the virus… They eventually found that the strain of flu that year was not a repeat or escalation of the 1918 flu, but 'the U.S. government was unstoppable.'"

President Ford was up for re-election that fall and something had to be done. A Salon report from 2009, cautioning President Obama against mass vaccination continues with the story:

"1976 was the year of the U.S. Bicentennial. 1976 was a presidential election year. 1976 was two years after Watergate caused Nixon's resignation, and one year after the fall of Saigon. The U.S. government, both Republicans and Democrats, had never been held in such low esteem. Practically every elected official felt an overwhelming itch that patriotic year to do something to get the public thinking of them as good guys again. A swine flu pandemic was an opportunity on a plate. What better way to get into the good graces of the voters than to save them from a plague?

"Knowing the Republican president would not, could not veto a bill he requested, the Democratically controlled House attached $1.8 billion dollars in welfare and environmental spending to the flu bill.

"The 1976 to 1977 flu season was the most flu-free since records had been kept; a condition that was apparently unrelated to the vaccination program. The Great Swine Flu Epidemic of 1976 never took place."

Is Moderna and NIH Partnership "Rotten To The Core"?

2022: A Vaccination Passport. The EU Keeps Quiet Over Suspicious Documents

2022: A Vaccination Passport. The EU Keeps Quiet Over Suspicious Documents

Infant Mortality Down; Number of Vaccinations Down

The Odd Life of a Minor Celebrity…