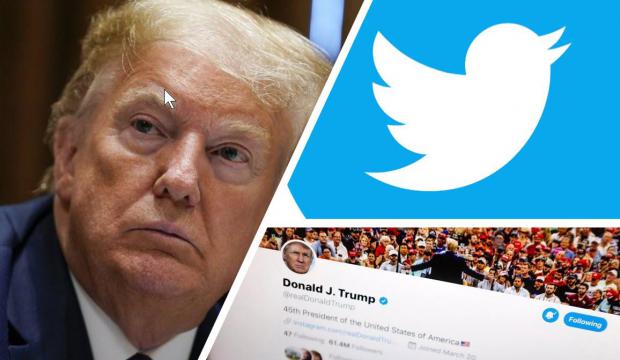 Twitter ignited a war with Donald Trump by attaching a fact-check to his tweets about mail-in ballots Tuesday, labeling them misleading and calling some of his claims 'false.'

Its move puts the social media platform immediately at odds with Trump and his Republican Party.

Twitter has not said why it chose these tweets particularly, or how it assembled its own factcheck.

Additionally, its head of site integrity, Yoel Roth, has been plunged into the center of the row with his history of anti-Trump tweets surfacing.

Here we analyze the controversy over the dueling claims about fraud.

Breaking down each side's claims

What Trump said: There is NO WAY (ZERO!) that Mail-In Ballots will be anything less than substantially fraudulent.

This is the heart of Trump's - and Republicans' - anti-mail-in ballot push. But it is impossible to either entirely prove or disprove because it is a prediction.