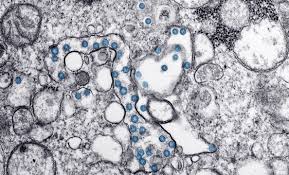 National Institute of Allergy and Infectious Diseases director Dr. Anthony Fauci said on Sunday that the death toll could reach 200,000. Another model says 82,000 will likely die, with daily deaths peaking in mid-April at more than 2,000. By comparison, the last pandemic — the so-called swine flu — claimed 18,000 lives.

Over the weekend, President Donald Trump said he's extending the federal government's "social distancing" guidelines through April. In Virginia, Gov. Ralph Northam announced a "stay at home" order through June 10. School systems are starting to consider whether they will even be able to open in the fall.

It's unprecedented, to be sure. But the problem with all the numbers being bandied about is that they lack any context.