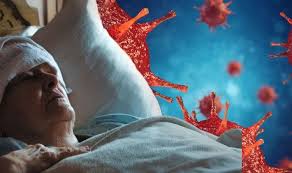 Most notably, three medical professors from Stanford University. Dr. Eran Bendavid and Dr. Jay Bhattacharya, two professors of medicine at Stanford University recently published an opinion piece in the Wall Street Journal entitled, "Is the coronavirus as deadly as they say?" In it, they provide reasons for why the fatality rate might be significantly lower than the projection given by the World Health Organization (WHO).

This is not to say they weren't criticized, after these Stanford medical professors published their opinion, many took to YouTube in an attempt to explain why they were wrong. But if we stick to the experts, and scientific analysis, it's safe to assume that the original case fatality rate put out by the WHO may be off by a significant margin.

John P. A. Ioannidis, a professor of medicine and epidemiology at Stanford, recently published an article entitled "A fiasco in the making? As the coronavirus pandemic takes hold, we are making decisions without reliable data." In the article, he also argues that there is simply not enough data to make claims about reported case fatality rate.

He states that rates, "like the official 3.4% rate from the World Health Organization, cause horror — and are meaningless. Patients who have been tested for SARS-CoV-2 are disproportionately those with severe symptoms and bad outcomes. As most health systems have limited testing capacity, selection bias may even worsen in the near future."