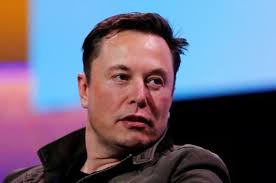 This weekend's embarassment du jour was Musk coming out and publicly making the assertion on Twitter that many doctors are afraid of the virus and are unwilling to treat patients for it as a result.

Musk make the off-color snub about healthcare providers in a Tweet thread about how quarantines would result in an inordinate number of toothaches going untreated across the country.

"...many doctors are not treating patients, due to fear of giving or receiving C19," Musk Tweeted.

Meanwhile, Musk, who recently engaged in a fight with Alameda County officials about keeping his Fremont factory open during the midst of the outbreak, might be to blame as the first several coronavirus cases at both Tesla and SpaceX have turned up.

"Two Tesla employees have tested positive for COVID-19, the disease caused by the novel coronavirus, according to an email sent to employees Thursday morning," BuzzFeed reported late last week.

Additionally, the LA Times has reported that at least 12 SpaceX employees have been sent home to quarantine after two confirmed cases of the coronavirus were reported at the company's Hawthorne factory.

Italy: 96% of Coronavirus Fatalities Had Other Chronic Illnesses

Coronavirus pandemic could be over in the US by November 11: