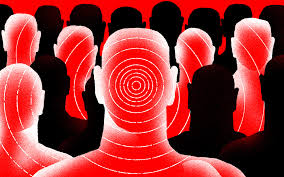 The skeptics among us are fearful that this whole pandemic is overblown and being exploited as a smokescreen for stealing our freedoms, and while their attitude towards this disease is questionable (and quite possibly dangerous), their suspicion about a government takeover of society is warranted.

Never before have governments had so much power over the people, though in these emergency conditions, that might not be an entirely bad thing for the time being seeing as how it could very well be necessary for our survival.

The problem, however, is that these newly assumed powers probably won't be voluntarily surrendered after this epidemic ends, which is why many people are so concerned. They're convinced that we've suddenly entered a period of global dictatorship, and it's difficult to argue with them.

So much else is also changing as well, and it's hard to keep up with the "COVID World Order" that's been thrust upon us, but what follows is an attempt to briefly describe everything that's already taken place and predict what will probably follow:

There's no other way to describe both the "recommended" and mandatory quarantines that many in the world are experiencing than to call them what they are, a state of de-facto martial law, which isn't being formally declared in order to not provoke any more panic than there already is.