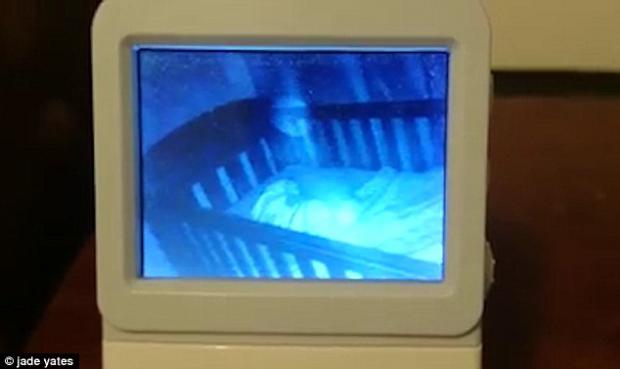 Picture an autumnal Friday evening when, after a typically boisterous bathtime followed by the donning of superhero pyjamas, my four- and two-year-old sons, Ruadhán and Donnacha, are – hallelujah – tucked up asleep in their respective bedrooms.

Collapsing on the sofa with a well-earned G&T, I glance at the baby monitor to see a now familiar, but still somewhat unnerving, sight in Donnacha's bedroom: three small green specks of light flickering on the screen as they dance like fireflies above my snoring toddler's cotbed.

I can guarantee if I crept up the stairs and opened the door there would be no sign of them. They are only visible on the monitor's screen, and only ever appear when the camera is in Donnacha's bedroom – nowhere else in our home or at the hotels and friends' and relatives' houses where we've used it.

I first noticed them over a year ago, when we moved my youngest son from a cot in our bedroom to his own room in our three-bed, 19th-century home in the Scottish Borders. They don't appear every night but we still see them several times a month.

Initially, I heeded my husband Malcolm's pragmatic insistence that some sort of electrical interference or a fault with the monitor was to blame. But that didn't explain why we only saw the orbs at home.

Malcolm is as 'non-woo-woo' as they come and refuses to ponder any sort of otherworldly explanation. And, conscious that revealing UFOs appear in my child's bedroom at night in my mum-circles might mark me out as odd, I kept shtoom. That is until I saw something on Instagram that sent shivers down my spine.

Google Earth reveals Obelisk found in Utah desert has been there for YEARS...