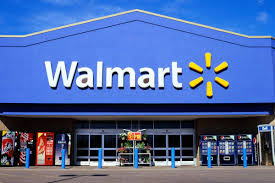 In conspiratorial circles, it's long been rumored that Walmarts across the country would become FEMA camps after an epic disaster. Some folks even suggested that once you were in the camp, you would not be able to leave. Sort of like those old roach motel commercials.

If you're not familiar with it, here's the Wikipedia link for a general overview of the FEMA camp theory. And here are 16 mindblowing facts about Walmart and its arguable quest for world domination.

While the FEMA camp theory has some holes in it, a long-time employee of Walmart contacted me to tell me about a direct link between Walmart and the government. We'll call him Frank. (I generally hate those "unnamed source" articles, but occasionally the option to reveal a source just isn't there.)

Some people will dismiss this article because I promised not to disclose the gentleman's name or the store where he works. That's totally up to you.

Now, according to what Frank told me, it looks like Walmart's world domination plan may not have anything to do with housing people after all.

The italicized text is Frank's own words.

The connection between Walmart and the government

So where do I start? I still work for Walmart, but I'm not sure for how much longer. I've been employed by them for 25+ years, but may not survive the next restructuring.

I have seen many things and have witnessed a clear connection between Walmart and the government. Remember after the tragedy of September eleventh all the Walmart TVs had the "if you see something say something" commercials playing 24-7. That's an example of those connections I was talking about.

Going back to the early to mid-1990s, the US military studied Walmart logistics system and implemented that technology in their own logistics network. Walmart is a facilitator. We'll talk more about those logistics in a moment.

How everything came to be made in China

Why do you think everything is made in China?

Walmart approached China in the '90s to build products. Then they went to the vendors telling them we want you to build your items in China. That way you can make more $ and give us a cheaper price. We know people and will introduce you.

This has influenced other large American businesses.

Here's how Walmart is tied into national preparedness

Now let's apply that philosophy to preparedness. Walmart wants more business, right? Well, if you're the only store open after a disaster you will have business up the ying-yang.

Walmart's logistics network is coast to coast with its own trucks, warehouses, supply networks, and retail stores. If the power goes down and Walmarts still can operate (with government help and security) how much money will they make?

House GOP Fires Back At Pelosi, Questioning Her Capacity To Lead