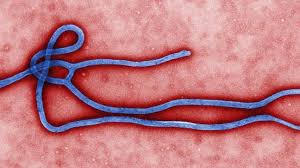 Ebola is sweeping through central Africa with the current outbreak becoming the second worst in history.

Experts even believe it could equal or surpass the worst on record, where 11,323 people died from December 2013 to January 2016.

WHO has called for the world's superpowers to do more to help combat the disease, with 1,743 people killed.

But an aid worker on the frontline told Daily Star Online more needs to be done to fight the disease at a local level in the Democratic Republic of Congo.

Olivia Ajira Kwinja, World Vision's Humanitarian and Emergency Affairs Manager in DRC, said they are unable to gain access to communities infected with the disease because they won't let them in.

She told us: "From my point of view there is much work to be done at a community level.

"We are doing everything we can stop the Ebola disease but we still fear there will be more cases.