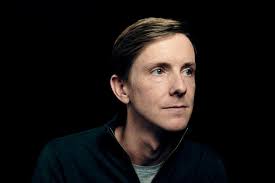 In recent weeks, Hughes, who left the social media giant in 2007 and cashed out his nearly $500 million worth of stock, has been making the rounds in the nation's capital, visiting a dozen lawmakers and regulators at the Department of Justice, the Federal Trade Commission and other agencies which are all interested in examining whether Facebook has amassed too much power. He's talked with the attorney general of New York's staff.

In those meetings, which he sometimes attended on his own, he has presented a 39-page slide deck that makes a point-by-point legal case for breaking up the social network drawing on decades of antitrust law precedent.

The crux of the case, designed by two antitrust scholars: Facebook's wealth and power and massive user base have pushed it into monopoly territory, and its acquisitions of rivals have squashed competition. More than 2.7 billion people use Facebook or its other platforms, which include Instagram and messaging service WhatsApp, at least once a month, Facebook said Wednesday.