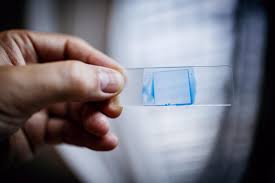 The infection - a fungus known as Candida auris, kills almost half of all patients who contract it within 90 days, according to the CDC - as it's impervious to most major antifungal medications. First described in 2009 after a 70-year-old Japanese woman showed up at a Tokyo hospital with C. auris in her ear canal, the aggressive yeast infection has spread across Asia and Europe - arriving in the US by 2016.

The earliest known case in the United States involved a woman who arrived at a New York hospital on May 6, 2013, seeking care for respiratory failure. She was 61 and from the United Arab Emirates, and she died a week later, after testing positive for the fungus. At the time, the hospital hadn't thought much of it, but three years later, it sent the case to the C.D.C. after reading the agency's June 2016 advisory. -NYT

"It is a creature from the black lagoon," said the CDC's Dr. Tom Chiller, who heads the fungal branch. "It bubbled up and now it is everywhere."

In the last five years alone, it it has swept through a hospital in Spain, hit a neonatal unit in Venezuela, spread throughout India, Pakistan and South Africa, and forced a prestigious British medical center to close its ICU for nearly two weeks.