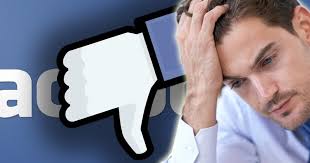 A new study has found that taking a break from Facebook for just five days reduces the level of the stress hormone cortisol.

Researchers in Australia asked 138 participants to give up Facebook for five days or continue to use Facebook as normal. General well-being and salivary cortisol were measured before and after the test period.

"Relative to those in the Facebook Normal condition, those in the No Facebook condition experienced lower levels of cortisol" after avoiding Facebook, according to the study.

"Our results suggest that the typical Facebook user may occasionally find the large amount of social information available taxing, and Facebook vacations could ameliorate this stress—at least in the short-term," the authors state.

As I document in the video below, even top Facebook executives now admit that social media is incredibly harmful and is literally "programming" its users.

Social media also causes depression because users see their friend's 'highlights reel' and then judge their own lives as being boring in comparison.

Other research suggests that social media use is shortening attention spans and causing the infantilization of people's brains.

Millennials' coping mechanisms for dealing with stress have become so eroded that they turn to social media and narcissism in an attempt to ameliorate tension.