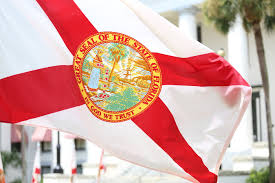 A lawmaker in Florida has introduced a bill that, if passed, would create a legal foundation for blockchain data and smart contracts in the U.S. state.

House Bill 1357 introduces multiple stipulations that blockchain ledgers and smart contracts be treated as legally-binding methods of data storage – provided that such measures do not break any pre-existing laws or regulations.

As a result of these qualifications, the bill outlines that, if a person uses a blockchain to secure interstate or foreign commercial ventures, it would not impact ownership rights. In other words, if someone used a blockchain ledger to store information, the bill would legally recognize that person's rights to that information.

DeSantis Responds To Biden's Vaccine Mandate: "In Florida, We Will Fight Back"

Donald Trump will host Holyfield vs Belfort boxing match in Florida on September 11...