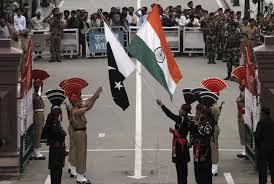 A mass migration followed, marred by violence and bloodshed, as about 15 million Muslims, Hindus and Sikhs, fearing discrimination, swapped countries in an upheaval that cost more than a million lives.

During the chaotic transition, train cars full of bodies arrived at railway stations in the twin cities of Lahore and Amritsar in the province of Punjab, which was split roughly down the middle at partition on Aug. 14, 1947.

As India prepares to mark 70 years of independence on Aug. 15, families who witnessed the death and destruction during partition recalled the tales of horror.

Brothers Santa and Niranjan Singh were lucky to survive the crossing from their village of Bhasin on the Pakistani side of the new border to their current home in Sarangra in India.

Santa, then aged 15 or 16, says everyone was baying for blood. People were running around with knives, swords and guns.