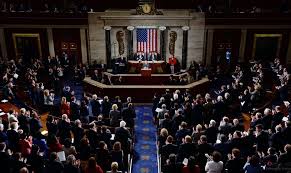 Back to work! Facing conservative outcry on their lack of progress, Republicans have announced they're cancelling Congress' vacation until a healthcare agreement can be reached.

In a statement Tuesday, Majority Leader Mitch McConnell said the delay is necessary to complete work on legislation and deal with President Donald Trump's nominees. McConnell complained about the lack of cooperation from Democrats on the nominations.

He said the Senate will delay the start of the August recess until the third week of the month.

The Senate had previously been scheduled to begin its five-week recess on July 31, but was unable to get their "repeal and replace" agreement in place.

McConnell said that once the Senate "completes its work on healthcare reform," it would deal with the defense policy bill and nominations.

It's possible the Senate could recess earlier.

Perviously, a long-time Senate Republican had admitted he was "very pessimistic" that GOP senators will settle their differences and push a health care bill through the chamber.

Why #ForceTheVote? Now or Never For America.