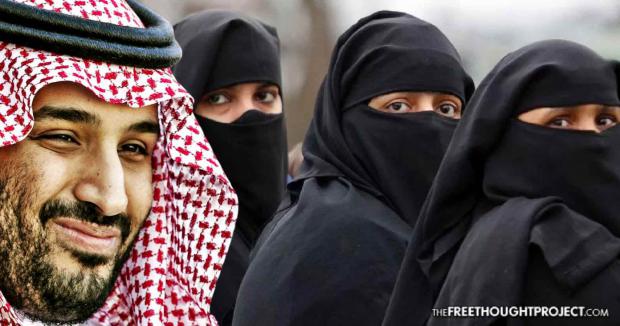 Saudi Arabia isn't known for gender equality. In fact, the Saudi government's idea of fair play among the sexes is ensuring women their husbands can only have three more wives. Saudi women truly have zero rights in society. Ranking Saudi Arabia among the 10-worst-countries for women, the Toronto Star wrote, "In oil-rich Saudi Arabia, women are treated as lifelong dependents, under the guardianship of a male relative. Deprived of the right to drive a car or mix with men publicly, they are confined to strictly segregated lives on pain of severe punishment." So, imagine the surprise and dismay the world is now exhibiting with the knowledge the United Nations has elected Saudi Arabia as a member of its Women's Rights Commission called the "Commission on the Status of Women."

Geneva-based UN Watch president Hillel Neuer likened the election to, "making an arsonist into the town Fire Chief!" Neuer went on a Twitter tirade to drive home the significance of his opposition to allowing Saudi Arabia to have a seat anywhere near a women's rights council.

"The news the @UN never wanted you to see—but we made it go viral. Saudi Arabia elected to women's rights commission," he tweeted. Calling on opponents to rise up, he stated, "But why not show moral courage & condemn this UN betrayal of Saudi women's rights activists? UNESCO's chief condemned its election of Syria."