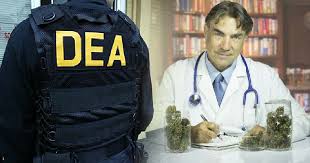 Patients and doctors are in an uproar in Port St. Lucie, Florida over the fact that Dr. Gary Marder, a dermatologist, still has his medical license after falsely diagnosing patients with skin cancer. In doing so, Marder bilked Medicare and profited millions of dollars, while giving patients radiation treatments and surgery for no reason.

Marder agreed to pay an $18 million settlement after the federal investigation, but as of Feb. 10 records showed he still had his medical license. The Florida Department of Health, which is in charge of medical licenses, "cannot say whether they have received a complaint against Marder or if they have plans to take action against Marder."

"Records indicate he was accused of failing to keep a written medical record, billing patient's insurance company for procedures that weren't performed and exercising influence on the patient for financial gain. The petitioner asked for Dr. Marder's medical license to be revoked but it wasn't and is currently still active."

He was finally exposed when Gloria Strumalo sought a second opinion from Dr. Ted Schiff, who has seen a number of Marder's patients. According to Schiff, they always had incomplete medical records.

"We've always seen issues (from Dr. Marder's patients) but it seemed that over the past 3-5 years we would see more and more patients who had unusual diagnosis, diagnosis of cancer where we didn't see where it was," said Schiff.

Dr. Steve Rosenberg, a member of the Florida Board of Medicine, said it can take several years to revoke a doctor's license – with many legal maneuvers available to delay the process – while the doctor in question continues bad behavior, putting patients' lives at risk.

It's not simple to bar a doctor from continuing to practice, unless the doctor is dealing with "controlled substances" such as the cannabis plant.

The evil doctors had put patients in the critical danger of having too many plants of a miraculous medicine that has never killed anyone. God forbid if they have excess cannabis, they give it away to others in a state that has legalized both recreational and medicinal cannabis use.

'Narratives about complaints in children and adolescents caused by wearing a mask...'

32 Doctors from 11 Countries Warn Against Taking the COVID-19 Vaccine!

What Virus? Thousands Gather in Streets of Wuhan, China for Packed, Close-Proximity