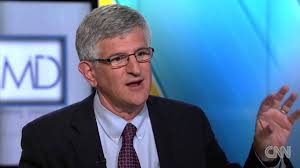 (NaturalNews) Like a playground bully who is determined to have everyone see things their way and who has an answer for everything, Dr. Paul Offit recently taught other doctors how to respond to parents who dared question their child's need for vaccinations.

Dr. Offit, an established pediatrician at the University of Pennsylvania and a strong advocate for childhood vaccines (he's the co-inventor of the rotavirus vaccine), fired off a series of questions to doctors as part of several mock patient-doctor scenarios.

The goal at this well-attended UCLA lecture was to help doctors become familiar with the questions and arguments an anti-vaccine parent may pose, then coach them by providing a slew of canned comebacks designed to change parent's hesitant mind. Getting parents away from resources that told them anything but good words about vaccinations, from conversations during play dates to Internet research, was imperative.

"I know you doctors keep telling me that vaccines don't cause autism," said Dr. Offit, playing the role of a concerned parent. "If that's true, then why is it on this package insert?" He asked the question to a doctor in the lecture hall who quickly responded by telling the "parent" that such inserts list "temporally associated symptoms" that may not have been caused directly by the vaccine.

The conversation continued with Dr. Offit ultimately explaining to lecture attendees that any condition that takes place within six weeks of a vaccination, no matter what it is, must be listed by drug companies. In an attempt to brush mercury and aluminum-laden injections under the carpet and dismiss their negative health consequences, he used the example of the chickenpox vaccine. "If you look at the original package insert for chickenpox vaccine," he says, "it says, 'Broken leg has been associated with this drug,'"

The Truth About Vaccines (TTAV) streams tomorrow… and with coronavirus vaccines