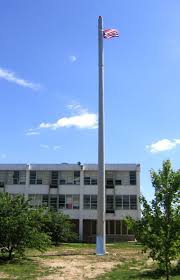 (Truthstream Media) In the realm of government conspiracies discussed on the Internet, it doesn't take long to hear about GWEN towers. The topic comes up again and again in forums regarding government mind control programs. Here's a complete explanation of how this would work.

The potential for attuned frequencies, and extremely low frequency (ELF) waves in particular, to be used to electronically stimulate areas of the brain and alter mood has been documented in scientific research for decades now. Moreover, microwaves have allegedly been put to use in covert warfare since the early days of the Cold War.

Are signals directing the population to remain calm, become aggressive, desire and consume products, to enter a sleep state or to be artificially programmed to be happy, sad, depressed or enraged? Is this a truly plausible scenario? Can this really be happening?

Are such signals really capable of changing the landscape in a quiet war with silent weapons?

Here's what we found after several attempts to track down a verifiable GWEN tower:

Letters to the Editor • Conspiracies

Covid deaths a cover for 5g?? Sent by Barry from Ireland...

'She is in danger': Friends of Ghislaine Maxwell fear for her life...

'SHE KNOWS TOO MUCH' Epstein victims' lawyer warns...

Inside the Mysterious Area 51: Aliens, UFOs, Conspiracies and More

Murder by Lockdown: Details From a Dozen Countries

Elite Pedophile Network to be Exposed After Arrest of Maxwell?

A World Without Humans