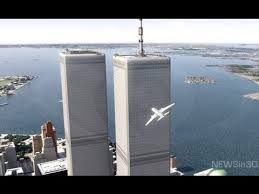 Carry out or facilitate a spectacular atrocity. Blame it on the enemy of choice. Issue a lie-infested official narrative, and have the corporate media repeat the lie. Rile up ignorant militant crowds, stoke the hatred, and war-mongering imperial policy planners and their criminal functionaries get what they want: war with the public stamp of approval.

Here we are again.

The Charlie Hebdo incident is being sold as "the French 9/11". It certainly is, in all of the most tragic ways: France, like the United States on 9/11, has been used. The masses of the world have been deceived, and march in lockstep to NATO's drumbeat again.

All signs lead from French intelligence back to Washington—and Langley, Virginia—directly and indirectly. Red herrings and deceptions comprise the official narrative.

The Al-Qaeda narrative, the classic CIA deception, gets fresh facelift. The fact that Al-Qaeda is CIA-created Anglo-American military-intelligence is ignored. The agenda behind the ISIS war—a massive and elaborate regional CIA false flag operation—registers even less.

The Charlie Hebdo terrorists have ties to Anglo-American intelligence and the Pentagon that the masses do not bother to think about. They are also tied to the (conveniently dead) 9/11-connected Al-Qaeda mastermind/CIA military-intelligence asset Anwar Al-Awlaki. These and other obvious connections to Washington and the CIA do not raise alarm bells among the ardent ones waving Je Suis Charlie signs (which "magically" appeared, and seem to have been mass-produced in advance).