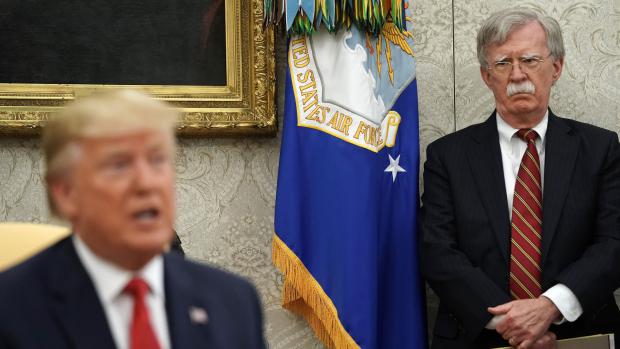 US war on democratic Venezuela by other means continues endlessly.

It's all about wanting Bolivarian social democracy eliminated, along with gaining control of the country's vast oil reserves, the world's largest — an objective John Bolton admitted.

Its fascist president Ivan Duque operates as a US puppet, taking orders from Washington on Venezuela and other regional issues, saluting and obeying for whatever special favors the US affords him, perhaps including wads of cash stashed secretly in tax havens.

There's no shortage of political prostitutes worldwide, willing to sell their honor and most everything else for the right price.

The VAU's mission is all about aiming to oust legitimate Venezuelan President Maduro, hardline/anti-democratic US-controlled puppet rule replacing him.

Orwellian State Department language turned truth on its head, saying the US "stands with…the people of Venezuela as they seek to regain their democracy (sic)."

The US mission is all about replacing the real thing in the country with fascist tyranny, exploiting ordinary Venezuelans as serfs, tolerating no resistance to its diabolical aims.

On Saturday, Rodriguez said his government has satellite images, prooving that the Duque regime, in cahoots with the US, is involved in training these elements in Colombia near Venezuela's border.

Several cross-border attacks were foiled, including an attempt to detonate an explosive at the Justice Palace in Caracas.

Rodriguez accused exiled Venezuelan opposition official Julio Borges for what happened. Living in Colombia since early 2018, he's likely working with its regime and US hardliners against Bolivarian social democracy and the welfare of ordinary Venezuelans.

"Venezuela will present before the UN conclusive evidence on the protection and safeguard of @IvanDuque to terrorist groups, trained and armed in Colombia to, with their consent, attack our constitutional order, in violation of Security Council Resolution 1373."

Unanimously adopted on September 28, 2001 — weeks after the 9/11 mother of all US false flag attacks — it called on UN member states to share intelligence on terrorist groups to combat them, leaving state-sponsored terrorism unaddressed, the most pernicious/destructive kind, the US its main perpetrator worldwide.

Separately on August 28, the Washington-based/US controlled Permanent Council of the Organization of American States (OAS) approved an anti-Venezuela resolution.

It calls for (illegally) meddling in the country's internal affairs more than already, wanting its (legitimate) ruling authorities held accountable for human rights crimes committed by the disloyal opposition.

Trump regime dirty hands were all over what was adopted, likely preparing the text, subservient OAS puppet regimes going along.

Disloyal opposition elements are responsible for high crimes against the state and its people, Bolivarian officials falsely blamed, part of what US hegemonic rage is all about.

Failing to illegally topple Maduro after months of trying, Trump's envoy for regime change in Venezuela Elliott Abrams admitted that he "ha(sn't) seen any sign of a willingness" by Maduro to step down voluntarily.

Why should he when legitimately elected and reelected the nation's president.

Stepping down would betray the Bolivarian revolution, the spirit of Hugo Chavez, and majority Venezuelans who support the country's social democracy.

They want it preserved, not lost to a US-controlled fascist takeover.