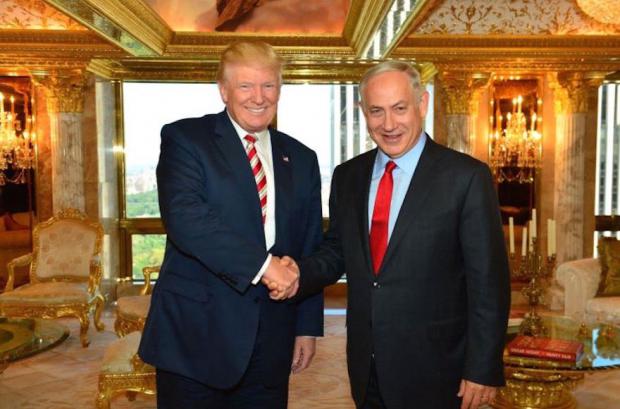 They'll meet on the sidelines of the UN's 72nd session in New York.

According to Israel's Channel 2, he'll propose America either renege on the Iran nuclear deal or revise it to serve Israeli interests, rendering worthless.

Either way, US noncompliance with its terms could sabotage it altogether, depending on how other P5+1 countries act.

In New York where he'll address the UN General Assembly, Iranian President Hassan Rouhani blasted the notion of Washington reneging on its international responsibility, saying it would "mean trampling on a clear political obligation that a government has. This is nothing to be proud of," adding:

"We will never initiate a violation of the international agreement, but if the other side wishes to assault the rights of the Iranian people, Iran will certainly give the due response."

Whether Washington fulfills its obligation or not, the nuclear deal remains an important international dialogue triumph, he stressed.

During his UN visit, Rouhani will meet on the sidelines with various other leaders, discussing the nuclear deal and other issues. Other P5+1 countries indicated they intend honoring their obligation.

On Tuesday, they'll both address the General Assembly, Trump for the first time, Netanyahu reportedly intending to focus heavily on saying Israel won't tolerate an Iranian presence in Syria near its border.

During his meeting with Putin last week, he asked him to agree to a 60 - 80km buffer zone along (illegally occupied) Golan with Syria's border, preventing an Iranian and Hezbollah presence in a no-go area.

Putin rejected the idea, agreeing only to a five km separation. Israel along with America's presence pose a serious regional threat, not Syria, Iran or Hezbollah.

Selling What the Nuremberg Code and Hippocratic Oath Ban