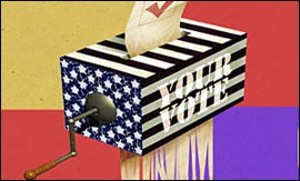 TUCSON, AZ (KOLD) – Tucson voters will have a vote-by-mail system in place for the primary and general elections this year.  People sounded off on both sides to the city council Tuesday night.

"It's a win-win for everybody," said Connie Sadler-Nelson, president of the American Postal Workers Union Local 255.

"Vote ‘no' on voter vote-by-mail.  That's fine if you want to do it, but you shouldn't have to do it," said Mikki Niemi.

"I'm the one who initiated it but I'm not there yet because I want to hear from everybody unless I hear some reason it's not a good thing," said Ward 5 councilmember Richard Fimbres.

"I think the initiative in front of us, there are some details and minutiae I would like to change long-term, but, again, I think it's important we get the public's input before we make any brash decisions," said Ward 2 councilmember Paul Cunningham.

Speakers at the public hearing before the vote expressed concern about having only one polling place per ward for people who still want to cast their ballot in person and about possible voter fraud.

"This is not respecting people and their right to choose," said Claire Morgan.

"It's easy and convenient.  It's more thoughtful, informed voting.  It's complete accuracy and security, it's a cost saving to the taxpayers, and it increases participation," said Delores Grayam.

Read More -> http://www.kold.com/Global/story.asp?S=14391758
Or see the real news in this 2 hour long film about just how messed up Pima county elections are.