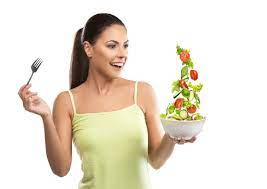 The National Science Foundation (NSF) had awarded a research group from UC-San Diego, UC-Riverside, and Carnegie Mellon $500,000 to investigate this potential new technology. This project had three major goals. The first was to determine whether or not DNA containing the mRNA vaccines could be delivered to plant cells. The second was if, once in the plant cells, the mRNA could replicate and produce amounts of mRNA comparable to the mRNA vaccines currently on the market. The third point of the research was, assuming mRNA could replicate in the cells, to determine the correct dosage.

At the time, a flurry of news articles about this research project was released, enough that USA Today felt the need to "fact check" the claim that people might be eating vaccines in salads.

Those of us who were so intrigued and concerned last year may be wondering, have they made any progress?

Is this coming to a plate near me soon?

How concerned should I be?

THE VACCINATED ARE GETTING AIDS:

California to Ditch Plans to Mandate COVID Vaccines for Schoolchildren

It Started Before the Outbreak: A BioNTech-"Pfizer" Vax Project Timeline