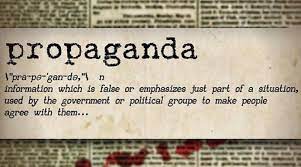 1. "Ukraine is a democracy"
Ukrainian President Volodymyr Zelensky banned all opposition parties and banned the use of Russian as a second state language. Why did he violate his 2019 campaign promise to stop the genocidal killing of thousands in Donbas, even though they voted for him? Did he lie because neo-Nazis threatened to kill him if he did not do what they wanted? [1] Or is he afraid of the CIA, which has assassinated other leaders, making him their puppet? Are we to trust the judgment of a man who demands a no-fly zone which could cause a global nuclear holocaust? Zelensky oversees torture and assassination of political dissenters.[2]

3. "Putin is a war criminal"
If he is a war criminal for causing the deaths of civilians, what do we call Ukraine killing 10,000 civilians in Donbas since 2014? [4] Is anyone calling Zelensky a war criminal? Millions killed by the U.S. in other recent wars is hundreds of times worse. Calling Putin a war criminal stops Biden from negotiating with him with the excuse "one cannot talk to war criminals." That makes it very difficult to stop this war. E

Don't Give Up on Facts

Birx Shaking and Stammering, Says She Doesn't Know if Government Was Lying About the Jabs