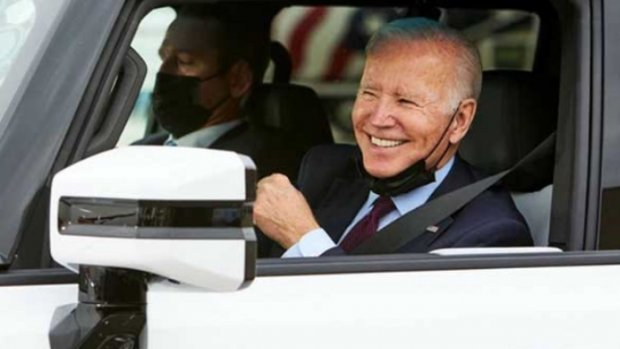 As if the Biden administration wasn't doing enough to infringe on your civil liberties with lockdowns and vaccine mandates, media reports over the last several days are suggesting that Biden's new infrastructure bill will also include a mandate for auto manufacturers to install "kill switches" into vehicles.

Former Rep. Bob Barr, writing for The Daily Caller, calls the measure "disturbingly short on details", but for the fact that the proposed device must "passively monitor the performance of a driver of a motor vehicle to accurately identify whether that driver may be impaired."

Which, of course, is code for some kind of device that is constantly on and monitoring your vehicle – and will likely have the power to shut down your vehicle anytime it wants.

"This is a privacy disaster in the making, and the fact that the provision made it through the Congress reveals — yet again — how little its members care about the privacy of their constituents," The Daily Caller writes.

It appears that in President Biden's future, not only will you not be in charge of your own personal health decisions, but you also won't be in charge of whether or not you can fire up your car, which you bought with your hard-earned money, to drive it somewhere, when you deem fit.

Here Are The Highlights From Biden's "Longer-Than-Expected" Press Conference

Fake Biden Again Shames Himself on the Public Stage

Psaki Says Russia Attack On Ukraine Coming "At Any Point"; US Sanctions 'Pro-Russian A

Whom the Gods Would Destroy They First Make Mad