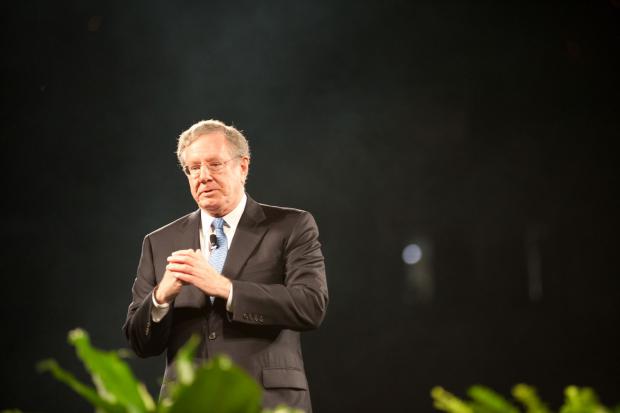 Steve Forbes, the head of Forbes Media, slapped down the editor of his magazine for warning companies that hire officials who worked in the Trump administration would be blacklisted.

Steve Forbes said he valued the diversity of opinion at his company while taking a swipe at social media platforms that removed President Trump after last week's rioting at the United States Capitol.

Steve Forbes was invited on to the program to comment about an op-ed published by one of his employees, Randall Lane, the chief content officer for Forbes magazine.

Steve Forbes was alluding to the decision last week by Twitter, Facebook, Instagram, and other media platforms to remove President Trump from their services in the wake of his mob's ransacking of the Capitol on January 6.

In an op-ed published the day after a Trump-incited mob stormed the Capitol, Lane wrote: 'As American democracy rebounds, we need to return to a standard of truth when it comes to how the government communicates with the governed.

'The easiest way to do that, from where I sit, is to create repercussions for those who don't follow the civic norms.

'Let it be known to the business world: Hire any of Trump's fellow fabulists above, and Forbes will assume that everything your company or firm talks about is a lie.'

Steve Forbes told Fox News on Wednesday that while he did not agree with the op-ed, he cited the piece as an example of how his company embraces a diversity of viewpoints while calling on other firms to follow his example.