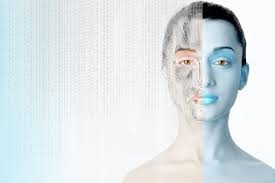 Under the new world order envisioned by the proponents of the United Nations-backed "Great Reset," humans will be merged with machines and technology. Literally. Perhaps most incredibly, the Deep State globalists behind the efforts are coming out of the closet. These days, they are openly and literally proclaiming their intention to abolish private ownership of property and even fuse microchips into people's brains that will be able to read and manipulate individuals' thoughts.

Just last year, the schemes peddled under the "Great Reset" banner would have been dismissed as "crazy conspiracy theories." Today, top globalists such as World Economic Forum boss Klaus Schwab, UN chief (and socialist leader) Antonio Guterres, IMF leader Kristalina Georgieva, and others are trumpeting their agenda from the rooftops. World leaders such as far-left Canadian Prime Minister Justin Trudeau are doing it too, despite frantic efforts by the fake media to downplay the significance.

As The New American reported this summer, shortly after the "Great Reset" agenda was unveiled, there are many elements to the plot. Everything must change, from education and business to the global economy and governance, Great Reset advocates declared during the summit announcing the scheme. However, one area that has not received nearly as much attention is the plan to fuse human beings with technology under the guise of "improving" mankind.