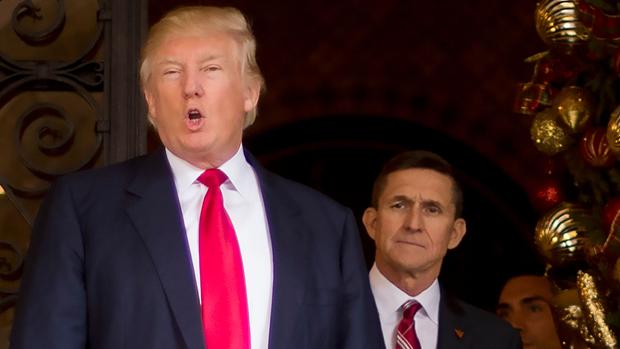 President Donald Trump pardoned his former national security adviser Michael Flynn on Wednesday, ending a yearslong prosecution in the Russia investigation that saw Flynn twice plead guilty to lying to the FBI and then reverse himself before the Justice Department stepped in to dismiss his case.

"It is my Great Honor to announce that General Michael T. Flynn has been granted a Full Pardon," Trump tweeted. "Congratulations to @GenFlynn and his wonderful family, I know you will now have a truly fantastic Thanksgiving!"

The pardon, in the waning weeks of Trump's single term, is part of a broader effort by Trump to undo the results of a Russia investigation that shadowed his administration and yielded criminal charges against a half-dozen associates. It comes just months after the president commuted the sentence of another associate, Roger Stone, days before he was to report to prison.

A Justice Department official said the department was not consulted on the pardon and learned Wednesday of the plan. But the official, who spoke on condition of anonymity to discuss internal deliberations, noted that the president has the legal power to pardon Flynn.

The move is likely to energize supporters who have taken up Flynn as a cause celebre and rallied around the retired Army lieutenant general as the victim of what they assert is an unfair prosecution, even though Flynn twice admitted guilt. Trump has repeatedly spoken warmly about Flynn and, in an indication of his personal interest in his fate, asked then-FBI Director James Comey in February 2017 to end a criminal investigation into the national security adviser.

In a statement, Flynn's family thanked Trump "for answering our prayers and the prayers of a nation" by issuing the pardon.