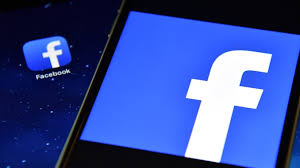 A new investigative report by In These Times exposes how Exxon uses social media tactics and political consulting firms to rally internet users to fight for oil and gas interests.

In These Times examined 11,622 Exxon social media ads containing about 350 distinct messages that ran in the two-year period from June 1, 2018 to May 31, 2020. The ads appeared on the Facebook and Instagram screens of users in the U.S. as many as 265 million times.

Exxon has spent more than any other major corporation on Facebook ads related to social issues, elections or politics, and is the country's ninth-largest buyer of such ads overall: $15.6 million from May 7, 2018 to October 8, 2020. Almost every other top spender is an organization related to presidential campaigning, according to In These Times.

Out of that $15.6 million, In These Times examined about $10 million of ad spend. The report calls this number "a potent complement" to the more than $23 million Exxon reportedly spent to directly lobby lawmakers in 2018 and 2019, and the $203 million the company spent during the same time period on traditional TV, radio, print and outdoor ads.