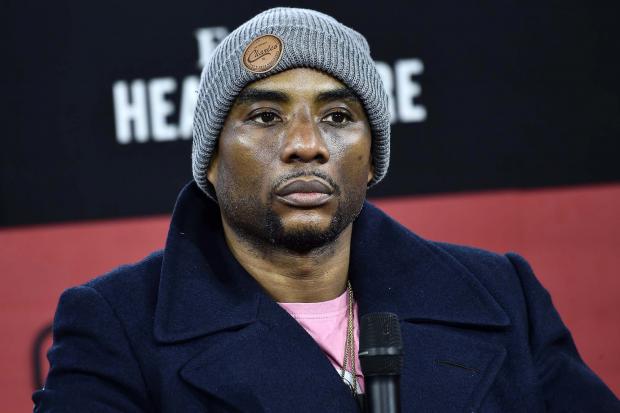 The influential 42-year-old radio host said Democratic Party marketing tended to speak to the interests of older black men, assuming that all other black people will share their concerns.

'When it comes to those black people you see who maybe [are] showing support for Trump, I just think because Trump is actually talking to young Black male voters,' he said.

'He's directing ads towards them. They are a group that, you know, never gets courted. I mean, black people don't get courted either as a whole, but that old Democratic regime speaks to old black men and they think that everyone else in the black community, the black family is supposed to fall in line ... they think the rest of us all speak the same language.

'So Trump is targeting young Black males. And promo ad and marketing, it works.'

The Breakfast Club host, whose real name is Lenard Larry McKelvey, had been asked about prominent black men endorsing or seeming willing to work with Trump during an appearance on CNN on Tuesday.

Rapper 50 Cent has indicated his support for Trump in social media posts, while his fellow actor and rapper Ice Cube has partnered with the Trump campaign on its Platinum Plan to benefit black Americans.