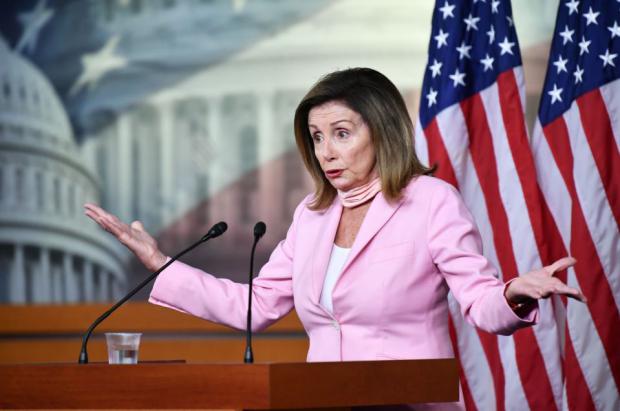 McCarthy told reporters that he and several other members of the House – including Democrats – are meeting to assess options and formulate a formal response to Pelosi's action.

"We're going to get together, find out ways that we can craft something, because it really brings into question her own mental capacity to be speaker of the House," McCarthy said.

"Twenty-seven days before an election, to raise this knowing that she could not pass it, knowing that she's second in line to the presidency," McCarthy continued, "this is not somebody who should be serving as the speaker of the House of Representatives. So, it's a question from our own body, should she be removed from that position?"

Other members of the House Republican caucus expressed concern over the Speaker's political bastardization of the Constitution in an election year.

"It's time we remove Nancy Pelosi as Speaker of the House", Rep. Doug Collins (R-GA) wrote in a tweet.

"I wouldn't put it past @SpeakerPelosi to stage a coup," added Rep. Mark Green (R-TN). "She has already weaponized impeachment, what's to keep her from weaponizing the 25th amendment? We need a new Speaker!"