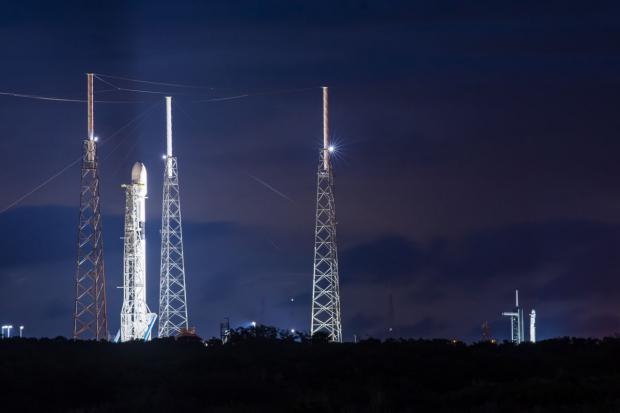 Late Friday night, SpaceX is slated to launch a new upgraded GPS satellite for the US Space Force from Cape Canaveral, Florida — the latest spacecraft intended to help modernize the current GPS fleet. This will be the fourth GPS satellite of its kind to launch in the last three years, and the third one to be launched by SpaceX.

The satellite going up on this flight is GPS III SV04, which will become one of the 31 primary GPS satellites in orbit. This vehicle is part of a new block of GPS III spacecraft intended to slowly replace the current aging GPS vehicles. Built by Lockheed Martin, these GPS III satellites are supposed to be three times more accurate than their predecessors and have more advanced "anti-jamming" capabilities to prevent cyberattacks, thanks to a new M-Code signal embedded in the satellite.

The GPS III satellites are also meant to be more user-friendly for civilians. The vehicles sport a new "civil signal" that allows them to more easily communicate with other satellite navigation systems in space, notably Europe's Galileo constellation of more than two dozen spacecraft. That way, civilians and commercial users looking to tap into the system will have more potential spacecraft overhead at any given time.

It's been a slow process launching these GPS III replacements, marked by technological and testing delays, as well as delays related to the COVID-19 pandemic. However, Lockheed Martin says the fifth satellite is ready to go and awaiting its launch date. In the meantime, five more GPS III satellites are in production, according to the company, and three of them are fully built and undergoing tests. Once GPS III SV04 launches, up to 12 percent of the current GPS constellation will consist of the new satellites.

Takeoff of GPS III SV04 is scheduled for 9:43PM ET, on top of SpaceX's Falcon 9 rocket from the Cape Canaveral Air Force Station in Florida. SpaceX is using an entirely new Falcon 9 rocket for the job, though just last week, the Space Force's Space and Missile Systems Center announced it will allow SpaceX to launch two future GPS III satellites on the company's used Falcon 9 rockets. For this launch, SpaceX still plans to recover the Falcon 9 following the flight and will attempt to land the rocket on one of the company's floating drone ships in the Atlantic Ocean.