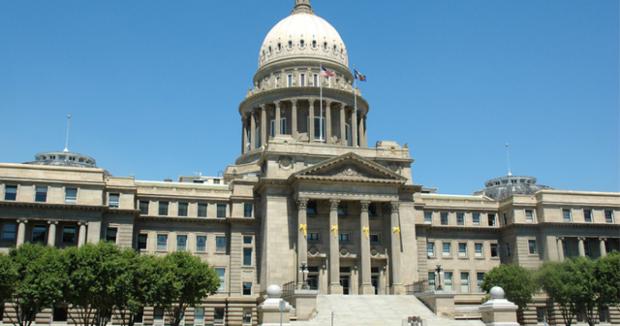 The measure would end restrictions across the state, but would also strip Idaho of eligibility for $117 million in emergency federal funds.

BOISE, Idaho — Lawmakers voted Tuesday to advance a resolution that would end Idaho Gov. Brad Little's coronavirus emergency declaration, a move designed to lift restrictions across the state that would also strip Idaho of its eligibility for some federal emergency aid money.

The 48-20 vote came despite concerns voiced by some members that such a resolution was in violation of the state Constitution and outside the scope of the special session, during which legislators are required to adhere only to the subjects on which it is called. Little called the session to address the upcoming election and limiting civil liability connected to the pandemic.

Rep. Steven Harris, R-Meridian and the sponsor of the resolution, said Little's original declaration of emergency was intended to ensure that COVID-19 cases did not outstrip Idaho hospitals' ability to care for patients. Hospital capacity has remained more than adequate since the pandemic began, Harris said, but the governor's declaration and stay-home order caused "extensive collateral damage" to citizens.

Seems to me that the vote is exactly what is needed to address Gov Little's concerns about "... the upcoming election and limiting civil liability connected to the pandemic." I mean, the election would certainly change if the stupid Covid restrictions were eliminated. And since most people aren't in favor of them (the Covid restrictions), if they were ended, civil liability would be diminished, right?