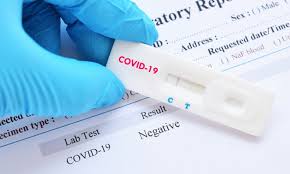 "Dr. Brooke Herndon, an internist at Dartmouth-Hitchcock Medical Center, could not stop coughing…By late April, other health care workers at the hospital were coughing…"

"For months, nearly everyone involved thought the medical center had had a huge whooping cough outbreak, with extensive ramifications. Nearly 1,000 health care workers at the hospital in Lebanon, N.H., were given a preliminary test and furloughed from work until their results were in; 142 people, including Dr. Herndon, were told they appeared to have the disease; and thousands were given antibiotics and a vaccine for protection. Hospital beds were taken out of commission, including some in intensive care."

"Then, about eight months later, health care workers were dumbfounded to receive an e-mail message from the hospital administration informing them that the whole thing was a false alarm."

Open Letter to the Oregon Medical Board: Apologize and Reinstate Dr. Paul...