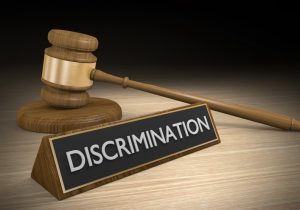 The suit, brought under the Americans with Disabilities Act (ADA), Fair Housing Act (FHA) and Rehabilitation Act of 1973 (Rehab Act) alleges smart meters' opt out fees are discriminatory to those disabled customers whose condition may be exacerbated by radiation emitted from the smart meters. Friedman has lymphoplasmacytic lymphoma, an uncurable form of cancer.

In the past 10 years, utility companies have been replacing electric, gas and water analog meters with wireless pulsed and radiation emitting "smart" meters. These meters are the first devices that have been rolled out as part of the "smart" grid and the "Internet of Things" infrastructure. They have been installed on people's homes generally with few details and usually without express consent.

Many have reported becoming sick shortly after the installation of the meters with symptoms such as headaches, sleep disturbances, cognitive problems, fatigue, dizziness and heart palpitations. The meters allegedly emit levels of radiation within the FCC's allowed limits. However, thousands of studies show that these levels are unsafe, and a lawsuit was submitted by Children's Health Defense challenging these guidelines. Smart meters seem to be especially harmful as they pulse up to 190,000 times a day, and pulsation has been found to have damaging health effects. Furthermore, the FCC guidelines average the levels of radiation emitted by these meters, camouflaging the actual levels of the peak exposures from the transmission bursts which may even exceed the FCC levels. As a result of activists' efforts, in some states, people can opt out but have to pay opt-out fees.