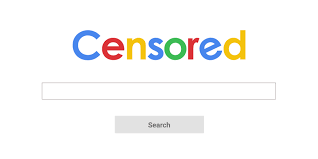 Whether true or not, America society has certainly been buffeted from some extremely ill winds of late.

Our nation is still facing its worst disease epidemic in over 100 years together with the highest unemployment since the Great Depression. Efforts to combat these ills have raised our unprecedented national debt to levels last reached at the end of World War II, but this time lacking the productive industrial base for servicing it.

Most recently, the easing of an unprecedented national lockdown has been quickly followed by the worst national outbreak of riots and looting in two generations, with many of our historical statues and monuments falling prey to this American Cultural Revolution. We're now only a step or two away from seeing mobs attack and destroy the Jefferson Monument, Monticello, and Mount Vernon, along with every other symbol of America's "tainted" past.

Meanwhile, our political leadership seems incompetent, helpless, or complicit in this mass insanity. A key point of sharp division has been that while the Republicans seem intent on provoking a crazy war with China, the Democrats strongly disagree, instead preferring an equally crazy war with Russia.

QAnon Is Running Amok, and the Time Has Come for Interventions

Martenson: It's Time To Position For The Endgame