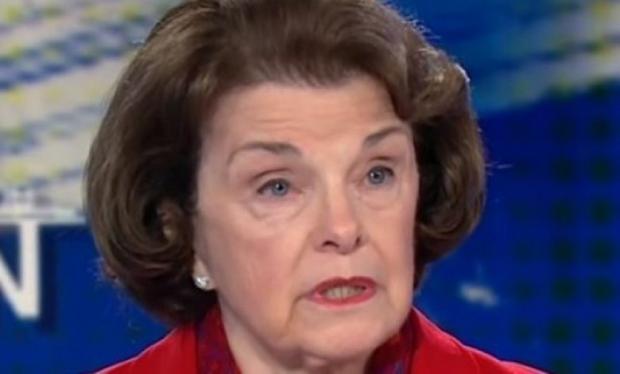 Feinstein's husband is no stranger to shady deals- that's how they are so rich.

As the New York Post notes, "Blum's company, CBRE, was selected in March 2011 as the sole real estate agent on sales expected to fetch $19 billion. Most voters didn't notice that Blum is a member of CBRE's board and served as chairman from 2001 to 2014."

Feinstein's office denies that she had anything to do with the USPS decision.

This is not the first time Feinstein and her husband have come under fire for engaging in crony capitalism.

The California Democrat also purportedly handed over documents to federal agents to indicate she had "no involvement" in her husband's decision to sell off between $500,000 to $1 million in a biotech company, Allogene Therapeutics, this past January, Breitbart reports.

A spokesperson for Feinstein told The New York Times Thursday that the FBI asked her "basic questions" last month about stock sales made by her husband, and added that the senator provided requested documents to federal law enforcement that showed she had no involvement in her husband's financial transactions, Daily Caller reports.