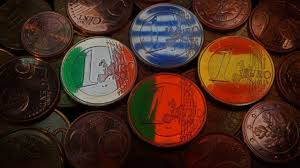 Since the birth of the European Union, there has been an intense debate about the possibility of creating a two-track Europe, divided between the Mediterranean nations and those of Northern Europe.

Supporters of this solution argue that the differences between these two parts of Europe are irreconcilable, in terms of their lifestyle, in the way society is conceived, and especially in the mentality of citizens. The possibility of division first appeared in Greece during the 2008 crisis, and it now seems to be intensifying with the coronavirus emergency.

Today, the dividing line between north and south has hardened, and is defined by opposing views on how to tackle the spread of the virus.

On one side, the Latin countries of Europe ask to use the so-called "Eurobonds" or "Coronabonds," a financial instrument with a common European debt linked to the resources that are strictly necessary to face this health emergency. Italy and Spain do not ask to share their ordinary public debt with Germany and the other northern European nations; they only seek to share the resources they need to bear the costs to fight Coronavirus. On the other side, German politicians and the media accuse the south of seeking to finance the crisis response with German money. France stands halfway between these two blocs, even though in practice Macron's point of view seems to be closer to the southern European countries' position.