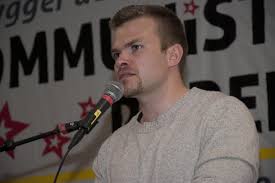 Former members of the Swedish Communist Party have accused the new left of abandoning working class people in favor of becoming obsessed with mass migration, Greta Thunberg and LGBT issues.

"Nils Littorin, an ex-member of the Malmö branch of the Communist Party, told Lokatidningen that the Left of today has become part of the elite who has lost contact with the working class it was supposed to represent," reports Voice of Europe.

Littorin is planning to help launch a new socialist party that will eschew the fixation with climate change alarmism and identity politics that has come to define leftist political movements.

"The Left doesn't understand why so many workers don't think that multiculturalism, the LGBT movement, and Greta Thunberg are something fantastic, but instead believe we are in the 1930's Germany and that workers who vote for the Sweden Democrats have been infected by some Nazi sickness," he explained.

According to Littorin, real issues such as income inequality and the cost of living are being dominated by fringe middle class concerns that do not resonate with working class people.

What's To Blame For Nationwide Riots - Police Brutality Or Lockdown?

Hemp Batteries Are Even More Powerful Than Lithium and Graphene, New Study Shows

The CIA's Murderous Practices, Disinformation Campaigns, and Interference in Other Countries-

The Monopoly On Violence