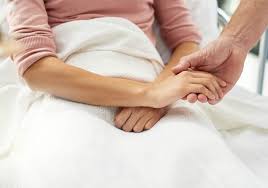 Data released by Cancer Research UK during cervical cancer prevention week found headway on tackling the deadly disease has been "stalling and stagnating" and the dearth of progress has been going on for a decade.

Fewer than three-quarters of all women called in for a cervical screening take up the invitation – with attendance rates for screenings even lower among women of younger ages and living in more deprived areas.

Cervical screening, commonly referred to as a smear test, helps to pick up early signs of cell changes in the cervix that can turn into cancer.

Gem Sofianos, a 32-year-old whose cervical screening led to her being diagnosed with cancer, said: "I was young and healthy and hadn't experienced any symptoms, so to be told I had cervical cancer took me completely by surprise. My mum accompanied me to the appointment and we just stared at each other in shocked silence. It was a lot to take in."

Ms Sofianos, who still goes for regular screenings to ensure her cancer has not returned, said her cancer was found early on and she underwent surgery a month later.

When US Hospitals and Military PUBLICLY Brace for a Coronavirus Pandemic, You Should Pay Attention